Best news, stories for all sports in the UK and elsewhere

Euro 2020: teams competing and the favourites for the European Nations Championship

Better known as the Euro, the European Nations Championship is one of the most prestigious international competitions. Every four years, the best European teams meet for this unmissable tournament.We are going to take you to the heart of the European Nations Championship by presenting the history of this competition, the teams in the running, the big favourites and the players to watch. In short, you will experience the Euro 2020 as if you were there! 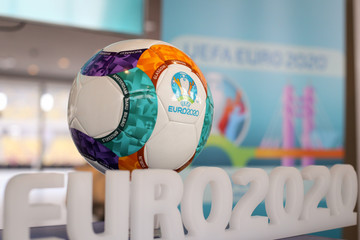 The history of the Euro

As early as 1927, the Frenchman Henry Delaunay put forward the idea of a competition bringing together the best European nations. In the absence of a European organisation, the project was abandoned as FIFA was concentrating on the organisation of the first World Cup. The UEFA organisation created in 1954 revived the project and the European Nations Championship was finally created six years later. The final phase was played by only four teams and the USSR won the first edition.
Inaugurated as the European Cup of Nations, the tournament was soon renamed the European Nations Championship to mark its difference from the European Champion Clubs’ Cup. In the early 1980s, the competition earned the nickname Euro and UEFA eventually adopted the new name.

In the course of its history, the Euro has changed format several times: a group stage was introduced from 1968 onwards and the number of participants has increased over the years. As far as the level of the competition itself is concerned, it is rather high due to the presence of the best European players. As a proof, only Spain has managed to win the Euro twice in a row! This does not prevent some surprises, such as Denmark in 1992 and Greece in 2004…

Since the launch of the first competition, several European countries have had the enormous privilege of lifting the precious trophy. They are especially:

The format of Euro 2020 remains the same as the previous edition, i.e. 24 teams divided into 6 groups of 4. The first 2 teams of each group as well as the 4 best third-placed teams go to the last 16. While waiting for the result of the play-offs, 20 teams are already guaranteed to participate in the European Nations Championship. Discover the Euro 2020 groups below:

Portugal, the surprise winners of the last UEFA EURO, are obviously candidates for the title. Unlike last year, the Seleção’s main advantage lies more in their attacking potential than in their defensive strength. The French team, unfortunate finalists at Euro 2016 but world champions, have a revenge to take and will be at the rendezvous, provided that some of Bleus stop oscillating between failures and injuries.
If we take a closer look at the results of the qualifiers, Belgium and Italy are the only two teams to have achieved a perfect record: 10 wins in 10 games!

The Red Devils are still chasing a first international trophy and this is probably the last chance for this golden generation to achieve such a feat. For the Azzurri, Roberto Mancini has injected a new dynamic into the team by relying on young players.
Other teams that will be in the tournament include Germany, England and the Netherlands. All three teams have high ambitions with a new generation of promising players. On the other hand, we believe that Spain and Croatia will be one step behind the favourites.

Best player and top scorer at Euro 2016 with 6 goals, Antoine Griezmann is the key man in the French team. However, since his arrival at Barcelona, the Frenchman has found it difficult to integrate into the Catalan squad and his performances for the national team may be affected. Fortunately, Didier Deschamps can also count on the speed of Kylian Mbappé to make opposing defences tremble.
Portugal, meanwhile, continue to rely on Cristiano Ronaldo, but now have other talented attacking players: Joao Félix, Francisco Trincao, Diogo Jota, Bruno Fernandes and Bernardo Silva. In the scoring charts, there are other players who can compete with CR7 and the two Frenchmen mentioned above: Harry Kane with England, Ciro Immobile with Italy, Romelu Lukaku with Belgium, Robert Lewandowski with Poland and Memphis Depay with the Netherlands.
Finally, we advise you to keep an eye on the players who have shone at club level over the past season: Trent Alexander-Arnold, Virgil Van Dijk, Jordan Henderson, Marco Verratti, Kevin De Bruyne, Frenkie De Jong and Sergio Ramos, to name but a few. Many of these names will certainly be selected in the Euro 2020 team of the tournament! 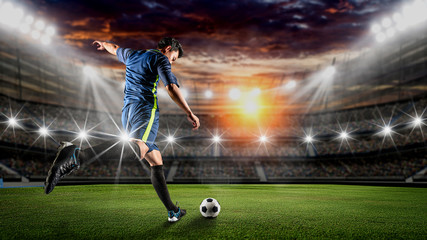 Types of bets available during Euro 2020

During Euro 2020, you will have the possibility to bet on:  the scores of the matches, the goal difference, the qualified teams in the group stages, the top scorer of the tournament or the winner of the competition. Each betting category is accompanied in advance by suggestions or hints with their different odds in order to better guide you in choosing your predictions.
So now is the time for you to start learning about sports betting sites and following your favourite players and teams. You only have 5 months left before you kill two birds with one stone, combining passion and winnings.

Sports news in UK and elsewherepyright © 2021